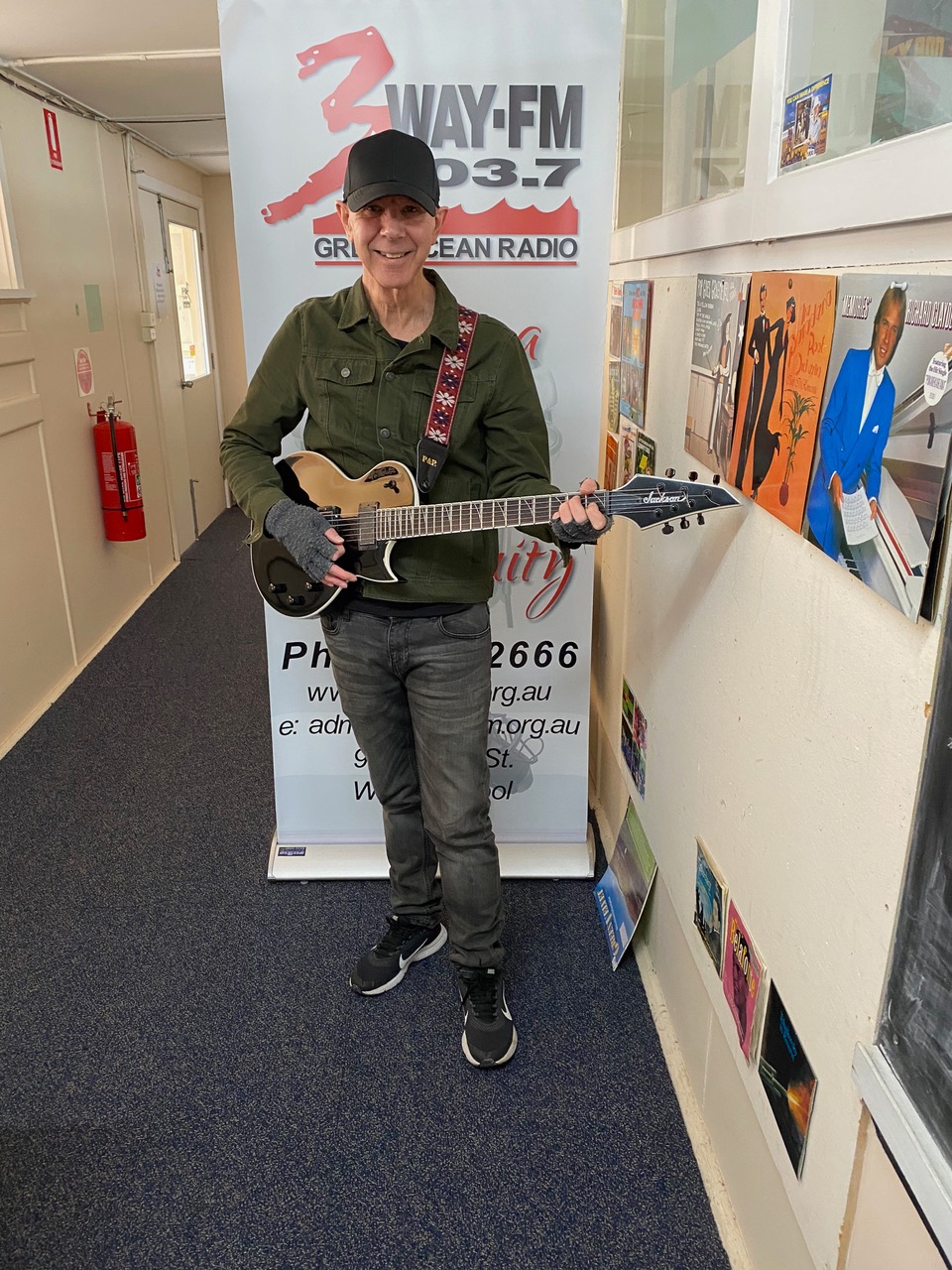 Anton hosts ‘Trouble With The Taxman’ on Thursdays from 10am to 11.30am. He plays “tracks from some of the greatest albums of all time.” He often sources material from lists produced by magazines such as NME and Rolling Stone. Each week, there are generally several Aussie artists on his playlist. Anton is keen to support local performers on a regular basis and, whenever possible, he plays their songs enthusiastically on his show. Anton is also a street performer and is often seen out and about in Warrnambool playing loud, aggressive electric guitar tunes. He has released five instrumental albums to date, all on CD: ‘Street Music’, ‘Lo-Fi Laureate’, ‘Tracks From Another Planet’, ‘Fighting For The Revolution’ and ‘Stomp!’ For many years, Anton worked as a manager at the Australian Tax Office. Hence, the title of his radio program. With his wife, Marguerita, he moved from Melbourne to Warrnambool in 2017.