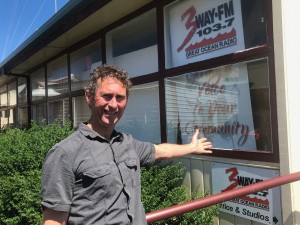 Kevin Lyons presents ’60 Shades of Classical Guitar’ every Tuesday from 10am to 11am. This is his story: “I became a presenter for 3WAY-FM about two years ago. My program includes a wide variety of classical guitar from baroque, Spanish masters, Latin American and other instrumentals. The majority of tracks are from John Williams and the Grigoryan Brothers. One of My favourite classical guitar tracks is my opening music ‘Recuerdo de la Alhambra’ composed by Francesco Tarrega. My first ‘awareness’ of classical guitar was from the opening notes of ‘Classical Gas’ by Mason Williams in 1968. That inspired me to become a student of the classical guitar. I have purchased the box set of 58 albums by John Williams (1964 to present day) which is an important resource for my 3WAY-FM program. As well as classical guitar music, I was strongly influenced by the music of the 1960s, particularly The Beatles, Bee Gees, Eric Burdon, Van Morrison, The Shadows and The Beach Boys. My favourite composers are J. S. Bach and Lennon/McCartney. I listen to 3WAY-FM whenever possible and I am always impressed by the wide range of music presented by the station’s volunteers.”