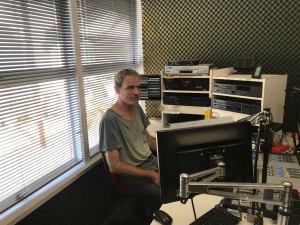 Wayne Harry has been involved with 3WAY-FM since the late 1980s. In recent years, he has been co-hosting ‘Good Times & Great Classic Hits’ with his friends Ben Gardiner and Norm Bryce. This program airs on Fridays between 11am and 1pm. Wayne likes almost all styles of music and enjoys collecting CDs; he has quite a few box sets of music from the 1990s. Once a fortnight, Wayne, who lives in Warrnambool, makes the trip to Portland where he presents a music program with Norm on community station 3RPC. Wayne hopes to keep working on music programs for many years to come.